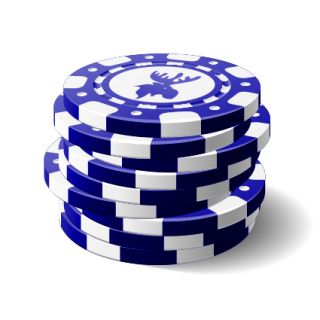 This publication is a summary of a detailed research regarding the Finnish gambling market, its rules, regulations and selection of virtual destinations to place stakes and win. When putting together this review, we kept in mind that websites included in to the list should:

The following sections will explain how gambling in Finland differs from many other European countries, which brands are considered the most popular ones, which bonuses they provide, and what types of games are among the most favorite for this country.

VIPSpel, a popular online casino that was established and owned by Highweb Ventures since 2016, changes its owner and begins to work under a Maltese license. The company celebrates those changes with a new bonus for players from selected countries. Continue reading to find out if you are eligible for this special offer!

Hippozino Casino, the brand that provides secure and regulated services under UK and Maltese gambling licenses, has recently launched a new welcome offer for new customers. Bonuses are targeted at players from ten markets.

Mr. Green, a popular casino that does its best to secure responsible gambling for players, joins a list of operators that launch a variety of special bonuses to celebrate Halloween. The week before this holiday promises to be very exciting at this operator! Continue reading to find out what this brand has prepared for you.

Casumo
Players residing in your country are accepted. Finnish version is available. Click the icon to play.

ComeOn Casino
Players residing in your country are accepted. Finnish version is available. Click the icon to play.

Videoslots Casino
Players residing in your country are accepted. Finnish version is available. Click the icon to play.

Rocket Play Casino
Players residing in your country are accepted. Finnish version is available. Click the icon to play.

Mr Green Casino
Players residing in your country are accepted. Finnish version is available. Click the icon to play.

MondCasino
Your country is a targeted country. Click the icon to play.

Tsars Casino
Your country is a targeted country. Click the icon to play.

Casino Cruise
Your country is a targeted country. Click the icon to play.

Your country is a targeted country.

Add to My Casinos
Visit Casino
Not Recommended

Vera&John Casino
Your country is a targeted country. Click the icon to play.

Finland’s online gambling market is a relatively free place to be in because the industry is not prohibited by the law, therefore players will not be penalized for placing stakes.

Certain peculiarities should be considered, however. Thus, officially, the Finnish gambling authority is the government, which declared a monopoly on virtual gaming.

In accordance with the Finnish Lotteries Act, there are three companies that have the local licenses and are allowed to provide services. They are:

• Fintoto Oy, a company that belongs to country’s confederation of harness racing and horse breeding associations.

• Veikkaus Oy, which is owned by the government.

• Slot Machine Association, that consists of NGOs and foundations that support important social matters, such as sports, health, welfare. To this company belongs Ray, one of the most popular Finnish places to bet and win.

While the European Union’s standing on monopolies is quite strong, and its representatives criticize it on every possible occasion, they do accept the argumentation of the government of Finland as to the reasons why this country decided to support monopolized brands.

All funds collected from gamers’ losses on slots and table games go to the local governmental budgets, from where they are distributed to the needs of the social organizations. Profits from gambling cover development of science, arts, sports, support youth and welfare organizations. Thus, PAF, another well-known Finnish brand, forwards all the money from online wagering for the support and development of the region where it is licensed, the Aland Islands.

Aside from these official titles, Finnish users are not legally prohibited from visiting online brands opened outside the country, but fully licensed and targeting their services towards Finland. Our database contains over 600 of such, and the local ISPs will not block access to them.

While the selection is big, we recommend players to first and foremost consider those titles that are licensed by the Malta Gaming Authority or the United Kingdom Gambling Commission, followed by the license issued in Curacao. Many such targeted websites host numerous convenient features, such as the Finnish language or even dialects, as it is with the Kajala Kasino.

Among other Finland-friendly operators are Suomi Vegas, Suomiarvat Online, Suomikasino Online, Finlandia, and Suomiautomaatti, just to name a few. Each link contains detailed information about the place, its licenses, owners, online reputation and other essentials. Our portal also provides a closer look at the managing companies that cater gaming services towards Finland, such as Bayton Ltd., Gaming Innovation Group, Co-Gaming Limited, PlayCherry Ltd., and Cadell Limited NV.

Local banks allow gambling-related transactions. As to paying the taxes from the wins at operators outside Finland, they are regulated by the Gambling Control Bill published in 2008, which is not secured by the law yet.

Since the official currency in the country is Euros, finding cashiers compatible with it is an easy task. This currency is the most popular one among gamers, and is used in up to 80% of the places. In addition to it, digital cash is gradually gaining dominance over the industry, and can be used in BitStarz, Oshi, Win A Day, 7Bit and more. US dollars are always an alternative, as well.

As to the deposit options, around 25 platforms use Siru Mobile, a Finnish payment method, and around 5 are compatible with Paylevo (Kriita), another convenient local deposit and withdrawal variant.

The most popular deposit method for Finland, however, is the Euteller e-wallet offered at up to 150 cashiers. It works for both cash outs and deposits. The usual withdrawal speed for this system is one business day. Among cons, however, is the fact that not at all places payouts will be allowed to this online wallet.

Finnish people are considered one of the most gambling nations. As shown in many researches and reports, an average resident spends around 182 Euros yearly on games, and the overall loss of Finland on betting within the official brands exceeds 2 million Euros.

Among the most favorite software developers for the nation are Net Entertainment, PAF, Microgaming and Play’n GO. The majority expresses interest in slot machines, with a much smaller share of affection shown towards roulette, blackjack and online poker.

Among favorite reeled machines are Kummeli inspired by popular TV series, and also Vares, both produced by Play’n GO. The hearts of the Finnish reel spinners also belong to Cash and Carry and King Vegas, both developed and provided by the local PAF software.

Slots with the theme of North are also often used by the customers, and among such highly popular titles are Net Entertainment’s Hall of Gods and Play’n GO’s Dragon Ship. Of course, the audience is also interested in such ultimate hits as Gonzo’s Quest, Starburst, and Immortal Romance.

Those interested in releases with the maximum possible wins should check the jackpot slots, such as Mega Moolah by Microgaming. On average, the RTP for the regular reeled machines is between 96% to 96.5%. Clients preferring decent return to players can check our High RTP Games collections and such slots as Ugga Bugga by Playtech. Among other options are Playtech’s Tropic Reels with 98.95% RTP and Blood Suckers by Net Entertainment, where return to player is 98%.

Most of these have demo versions and are adapted for instant play from desktop and mobile browsers.

Based on the market offers and available software, a diversity of promotions is available for the Finnish audience.

Among them are welcome deals, cash match and free spins, cash back, loyalty points, weekly and daily reloads and more. All these come with the wagering requirements, details about which are available at the corresponding sections of selected offers. Thus, the sign-up deal at Kolikkopelit is either free spins or a cash match, to which the slot machines contribute 100%.

No special promo codes are required.

Head to the page of this casino to find out more.

The number of recently opened locations keeps growing, and the good news is that all of them are diverse, especially in terms of content.

While some represent mostly games from Net Entertainment, at others, releases from Slotland or RealTime Gaming can be found, and there are also libraries with focus on Microgaming’s or BetSoft’s creations.

Among the newest names on the e-gaming horizon are Wira with Microgaming and few other studios in the lobby, Two-Up and Roaring21 with entertainment from RTG, CryptoSlots with games from Slotland and digital currencies in the cashier, Genesis and Spin Rider, where NetEnt dominates, and more.