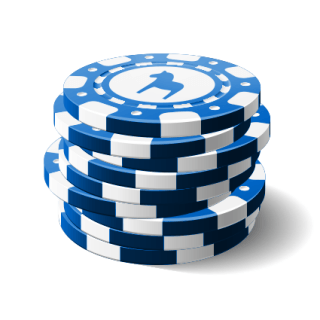 This review is an analysis of the Swedish gambling law and market. It allowed us to put together a list of over 700 online brands where gamers from this country can play without violating local laws. In addition to the legal issue, the following important aspects were taken into consideration:

Below is the overview of the current situation on the Swedish market and answers to questions about banking, bonuses, games and software, as well as links to digital venues where stakes from the Swedish residents will be accepted.

Snabbare, a popular online casino that is associated with Co-Gaming Limited and provides targeted services to players from Scandinavia, has recently updated its welcome bonus. Now, new players that register at the casino can enjoy a lucrative deal.

Four brands that belong to L&L Europe and deliver services to players from Sweden have updated welcome bonuses for this market. A new offer gives players a chance to scoop a lucrative cash deal and spend it on a preferred type of entertainment.

The Swedish government has lifted restrictions on welcome bonuses applying to all licensed operators until November 14th, and this change in the gambling regulations triggered welcome bonus updates in many casinos that operate in the country. SlotV and Frank Casino are among them.

ComeOn Casino
Players residing in your country are accepted. Swedish version is available. Click the icon to play.

Videoslots Casino
Players residing in your country are accepted. Swedish version is available. Click the icon to play.

Mr Green Casino
Players residing in your country are accepted. Swedish version is available. Click the icon to play.

Rocket Play Casino
Players residing in your country are accepted. Swedish version is available. Click the icon to play.

Guts Casino
Your country is a targeted country. Click the icon to play.

Limitless Casino
Your country is a targeted country. Click the icon to play.

MondCasino
Your country is a targeted country. Click the icon to play.

Spin Dimension Casino
Your country is a targeted country. Click the icon to play.

Tsars Casino
Your country is a targeted country. Click the icon to play.

Casumo
Your country is a targeted country. Click the icon to play.

The Swedish online gambling market is currently on a complicated transition path from being fully controlled by the government by its single gambling authority, which distributed a limited number of licenses and supports national monopoly, to becoming an opened field for foreign companies to enter and offer their services.

In this country, the history of gambling goes way back in time. The first card houses appeared in Sweden in the 1400’s. The first land-based venue offering roulette and basset opened its doors in 1700’s at Ramlosa Brunn and was extremely popular.

In mid 1800’s, however, gambling was banned altogether, and many placed responsibility for the banning on the intervention of church. Though the isolated industry began a century later, with legalization of the national lottery, Penninglotteriet. In the 1950’s, certain forms of other betting events gained their legal status, and among such were horse racing, lotto and gaming halls. With time, came the Lotteries Act of 1994 and the Kasinolag of 1999.

According to these documents, gaming is allowed, but highly regulated. All rights to licensing new titles belong to the Swedish gambling commission, Lotteriinspektionen. Around 50 types of games, among which are poker and blackjack, can be played.

Currently, only four land-based venues are legally accepting customers, and they are located in Stockholm, Gothenburg, Malmo, and Sundsvall. All of them belong to the government’s company Cosmopol, which in its turn reports to Svenska Spel. This institution holds a monopoly over the gaming market in the country.

The situation with Swedish gambling regulation has been at the center of many conflicts among the country’s government and the commission of the European Union since 2002. As of that year, according to the changes in the Lotteries Act, Svenska Spel gained control over Sweden’s virtual gambling market as well as the land-based one.

While the government insisted on the fact that this way it can control the nation’s addiction to the games of chances and direct the money earned in the industry to fund socially useful projects, the EU pointed out the facts that the monopoly is not the right way to solve the problem. What is more, it could not stop the off-country online platforms from targeting Swedish residents and offer their services.

Thus far, numerous debates led to a rumor that the situation could change dramatically after the year 2019. Liberalization of the market may begin with the Swedish gambling board starting to issue more licenses to both Swedish and foreign companies.

Currently, in order for the local gamers to use services of non-Sverige online gaming destinations, they need to pass registration and submit personal information, including phone and social security numbers. Users also need to have a local bank account and registered address.

Among popular online platforms are Bet365, Lucky8, Sportingbet, and those created by the local companies, such as Betsson and Unibet, as well as the participants of the Co-Gaming LTD network. Among other managing companies that own platforms friendly to the Swedish visitors are Direx NV, Grandweb Master Ltd and its Mrxbet location, PlayCherry Ltd, MT SecureTrade Ltd, and Titanium Brace Marketing Ltd – not a direct owner, but a sub-licensing company for many Sweden and Germany-targeted versions of legit websites.

Based on our research, the local currency, Swedish krone, is compatible with about 29% of the online cashiers, which makes it about 212 gaming destinations in our database. Among them are Betway, Mr. Green, Vera & John and Videoslots, just to name a few.

Alternatively, a currency convenient for this country that is highly popular in the online gaming business and is accepted by over 90% of the cashiers is Euros. US dollars are an option, as well.

As to the payment methods, the most popular one for Sweden is Visa. It is used for both depositing and withdrawing, and is offered in over 700 cashiers across our list of options. However, before choosing it, we suggest players contact the help desks of the selected brands because there might be cases when only depositing by Visa is allowed, while withdrawals have to be claimed to another method. Among other cons of this card is slow payout time that takes between four to seven days. Weekends are included in this time frame.

The Swedes also often use the Boku payment system, as well as Entercash and Siru Mobile. These are provided at Simba Games, Hopa.com, SlotsMillion, Viking Slots, Prime Slots, Noxwin, Propawin, and Greenzorro.

One of the internationally recognized i-tech giants, Net Entertainment, is a Sweden-based software developer and provider. No wonder it is favorite among the locals. Such companies as Microgaming, Play’n GO and Playtech are also successfully competing for the affection of the gamers of this country.

Due to the peculiarities of legal regulation, poker rooms, blackjack and roulette are the three top games in Sweden, but online slots are also widely popular. When it comes to content from Net Entertainment, its Mega Fortune hit the Guinness Book of World Records as the machine to pay out 17 million Euros – the biggest jackpot in the history of online gaming. Among other hits of this supplier is Norse-themed Hall of Gods.

Also popular is Play’n GO’s Dragon Ship, as well as NoLimit City’s Tesla Jolt, and Kalamba Games’ Dino Odyssey. Among table games in our database, Lightning Roulette by Evolution Gaming is a leader among the Swedes.

The average RTP for slots is around 96.5%. The biggest possible wins are available in the progressive reels. Thus, one of Unibet’s biggest payouts of 4.1 million Euros was won by a Stockholm-based gamer who spend only 50 EUR on one of the progressive slots before hitting the jackpot.

Great blue slot game by Playtech was released for Canadian players who are interested in the underwater theme.

Depending on the selected location, a different set of bonuses may be offered. Among the most common ones are the welcome deals and free spins.

There may also be cash back, weekly or monthly reloads, seasonal promotions, and the VIP loyalty program.

Thus, whoever registers at Stugan, may count on the mix of cash and spins on the initial deposit.

Sverigeautomaten has been providing the best games over Swedish gamblers for more than 10 years. It's a sister casino of Betsson Casino from the 2001 year. Sverigeautomaten.com was founded in 2008 and continues to give us the enjoyment of the most exciting gambling experience.

Here you can find like hits of slot gaming Starburst and progressive jackpot charged Mega Fortune as well as new games Da Vinci's Mystery Superlines by Red Tiger, Mega Jade, Viking Runecraft, Reactoonz by Play'nGo and many more. Leave dealers are waiting for betting men at the tables of the live casino.

And, for sure, the casino is accessible in comfortable mode with any device as it has a responsive and comfortable mobile version.

With high popularity of online gaming in this country, each year, the choice of places for betting and winning is extended. New fun themed, as well as classic destinations are being opened. In addition to diversity in topics and design, they also provide different entertainment. While some libraries will host mostly NetEnt’s games, others will provide content from BetSoft, Microgaming, or other studios.

Among recent newcomers to the industry are Genesis and Zulu, both multi-software with majority of releases being provided by Net Entertainment. There are also Snabbare and Wira, where major share of the shelves of the virtual library are given to Microgaming. RTG’s games can be found at Two-Up and Roaring21.

Certainly, the list of options is not complete, and we suggest our readers to adjust the search filters to see the full picture.