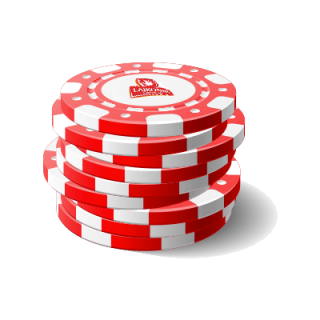 The online casino industry in Poland is currently heavily regulated by local legislature. Once a thriving market with massive development potential, as of the mid-2000s it must meet the strict guidelines imposed by the Polish Act on Gaming. The law allows, among other things, to go after the players that play in online venues not certified by the government. While this complicates gaming massively for the local community, it is not a final verdict. In addition to answering this vital question, we also provide detailed explanations for the following sub-topics on the matter:

Our team investigated the rules and regulations in place for this country and discovered how residents of Poland can legally access more than 300 certified and reputable gambling websites and wager real money.

Microgaming continues to prove its reputation of having generous jackpot networks. Two lucky players managed to scoop big jackpots playing slots by this software provider within less than 20 days!

Customers of Gday and PlayGrand casinos, as well as players of other White Hat Gaming brands, will be happy to hear that this company has launched a new brand. This is SpinYoo Casino that now welcomes players and offers them plenty of services for an enjoyable gaming experience.

ATMOSFERA, a popular live content creating studio diversifies its portfolio with a new and improved version of its hit – Live Roulette. This new release offers players a better gaming experience and introduces new standards for live casino games. Continue reading to discover exciting features that the release offers to players.

CasinoEuro
Players residing in Poland are accepted. Polish version is available. Click the icon to play.

Up until the mid-2000s, gambling altogether was mostly unregulated in Poland. Both major online and land-based operators and small betting shops ran their business in cities and towns, attracting more and more clients. The Polish population realized early on that placing bets and wagering on games of chance is a type of leisure they favor.

Prior to the mid-2000s, a few of the amendments were introduced that would allow the state to get a piece of the pie that the industry offers. Among other novelties, the state obliged new businesses to only open venues in the cities where the population is not under 250,000 residents.

In 2010, however, the Ministry of Finance introduced the Polish Act on Gaming, which brought major changes to the industry. As of 2010, only those brands that received licensing from the state could operate. Not only that, but there was also now a quota of land-based gaming venues per region, as well as the limitations on the size of the floor and the number of slot machines and table games.

Casinos-wise, today there are less than 20 brick and mortar gambling venues left in the country. These few are joined by several other survivors, including the lottery. It is a monopoly of the state-owned Totalizator Sportowy with its daily and weekly games, including the hugely popular Duzy Lotek. Also, any Sportsbook operator with a Polish license may apply to provide services online. The license is expensive and must be renewed every six years.

In 2016, the state launched a campaign on the international gambling lobbies targeting Polish players without a proper local license and while operating outside of Poland. There is even an official blacklist in place specifically telling the internet providers and banks among other participants of the chain to block and report any operations connected to the blacklisted websites. Massive fines in thousands of Euros are held over the heads of everyone involved if they fail to report.

To make matters worse, Polish officials can go after any player caught playing in an international lobby that does not have Polish licensing. This did not go without massive economic setbacks. Up until 2016, the turnover on gaming was around 4,304 million Polish zloty. By 2020, official research shows the turnover rose to 10,893 million. And the state treasury is missing on most of that money.

That goes to show that while the state may ignore or deny the growth of the market, it is happening. And instead of working out flexible solutions and finding ways to regulate the industry, the authorities choose to go after the businesses and people within the country.

This did not escape the attention of the EU. Because Poland is officially part of it, enjoying the growing economy, it is also expected of the country to participate in negotiations that would score one for the team. When the EU officials pointed out how the policy of bans costs the union money, the Polish government introduced several relaxed measures. For instance, as of lately, lottery tickets can be sold online. But it is still a long way to go for other participants of the industry.

To anyone looking to play international lobbies inside Poland, we would have to admit that it is playing at your own risk. However, the rules do not apply if you play outside the country. In this case, we can recommend more than 300 online operators friendly to the community (this means offering the local language, currency, or payment methods) to choose from. These are all well-established, experienced, and reputable, even though many of them are on the blacklist of the Polish authorities.

The list of recommendations includes, among others, such websites popular for Poland as:

The Polish zloty is a currency not so popular in international gaming lobbies. In our database, it is available in about 6% of the websites, which are about 50 locations, including Cadoola and Maria. Alternatively, we can recommend looking at the cashiers that accept Euros or US dollars, and that will lead to more than 300 lobbies, including Slot Hunter and ZigZag777.

For what its worth, Bitcoin lobbies are also a great option. Cryptocurrency is easy to obtain, quick to transfer, and saves time allowing players to avoid all the bureaucracy that the banks like so much. JacksPay is among our recommendations for BTC-cashiers.

As for the payment methods, DotPay and Przelewy24 options are available in about 50 lobbies in our database, including King Neptune’s and RedKings. With international e-wallets Skrill and Neteller, the choice is significantly bigger. These payment methods are represented in 300+ lobbies, including Lincoln, and Liberty Slots.

Finally, the list of convenient payment methods includes Visa and MasterCard cards. For most of the mentioned payment methods, there should be no trouble using them. The fees are small or non-existent, and the withdrawal time is quick.

Novomatic holds the sweet spot on the list of preferences among the Polish players. It is also joined by Net Entertainment, BetSoft, Yggdrasil Gaming, and Microgaming.

But while the local community enjoys playing content from international providers, it also takes pride in recognizing that there is a popular and successful locally bred content creator, Kalamba Games.

When it comes to table games, roulette and blackjack are among the favorites. But even these are not as popular as slot machines. We are not talking about any specific theme, layout, or feature. The community is keen on testing anything that the major developers deliver on a regular basis.

For a decent welcome bonus, check out Playamo. They have a proposition created especially for Poland. This is a welcome cash match of 100% on the initial deposit, plus another 50% on the second one. Slot machines are the ones to contribute 100% to the rollover requirements. Free spins may apply.

Head to Genesis for the best mobile welcome bonus. This place to bet and win has a whopping 100% cash match on the first deposit, and covers three following deposits. The rollover requirements are 40xB. Slots contribute 100% to the play-through terms. If the wagering requirements are completed on time, the bonus and wins from it can be withdrawn.

It is not a fast process for new Polish operators to appear on the market, that we get. But tens of great brands go live yearly outside of Poland, and we invite you to explore the options. Adjust the search filter to the preferred year, currency, language, and a payment method, and check out what our search filters can come up with!