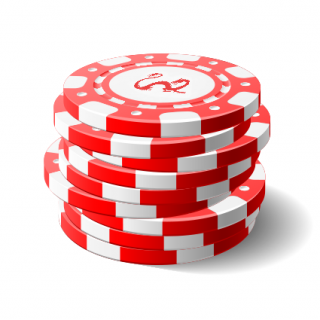 <p>Let’s take the main question off the table first. Is online gambling legal in China? No, it’s not. Is it legal to gamble offline? Once again, the answer is no (with a few exceptions). On the other hand, in China, there are no specific definitions of what virtual gambling actually is. Therefore, many international gaming hubs accept players from this country without repercussions for both parties.</p> <p>Our database alone has more than 400 online casino sites that can be accessed in China. These allow for:</p>

So, we invite you to explore our review of the online gambling market in China. We will cover all the major legal points, as well as some of the most popular software, slots, and bonuses.

Chinese New Year is always a popular time for studios to release slot games devoted to this theme. This year, such leading studios as BetSoft and Play’n GO have also decided to make their contribution to this collection of slots and presented entertaining Golden Horns and Bull in A China Shop slots to celebrate the year of the metal ox.

Rarestone Gaming offers its fans a chance to get involved in a thrilling quest for the treasure of Ancient China on the reels of the Jinfu Long slot machine. The new game recently arrived at online operators.

Plenty of leading software providers have recently launched new fascinating releases for players to enjoy during the upcoming holidays, as well as drag them into completely new worlds and engage in the hunt for hidden treasures on the reels. Are you on the edge of your seat ready to discover new games? Just continue reading to find out more!

Players residing in China are accepted. Click the icon to play.
Betway Casino

Players residing in China are accepted. Click the icon to play.
Casino Cruise

Players residing in China are accepted. Click the icon to play.
Videoslots Casino

Players residing in China are accepted. Click the icon to play.
CasinoCasino

Players residing in China are accepted. Click the icon to play.
Casoo Casino

Players residing in China are accepted. Click the icon to play.
Casino - Mate

Players residing in China are accepted. Click the icon to play.
ComeOn Casino

Players residing in China are accepted. Click the icon to play.
Barz Casino

Players residing in China are accepted. Click the icon to play.
Casino Masters

The history and culture of gambling in China is long and tangled. It roots down to centuries ago. Legend has it that the first lottery in the world was introduced back in 205 to 187 BC by the Han Dynasty. It was created with a very practical purpose – to fill in the state treasury. China’s oldest gambling instruments – dice cubes – are as old as 600 BC.

The Wei Kingdom, that ran from 4th to 2nd century BC, introduced the first precedent of gambling prohibition in China, and ever since, the regulations have been swinging back and forth, with bans on games of chance being imposed in certain territories, and lifted in the others.

In 1935, the Criminal Code of the Republic of China banned all gambling activities and did not cut slack for even such traditional forms of gaming as Mahjong. This one was allowed only on some special holidays.

As of 1949, indulging in games of chance became an activity that was officially banned throughout most parts of China by the Communist Party. This makes not only offline but also online gambling illegal. Thus, in 2018, all instances of online poker were added to China’s crackdown on online gambling. However, with the Chinese online betting laws being far from perfectly worded, there is a loophole in the online gambling regulations.

Turns out, there is currently no specific definition of what online betting actually is. Which makes it hard to define proper penalties, as well. And which also makes it hard to regulate virtual activities – a perfect chaos, in which all sorts of offshore China-targeted online betting companies and websites are thriving, leading the government to lose billions of dollars of taxed income.

According to the research published in Economic Information Daily in 2019, the yearly yield of wagers placed in the China-targeted online offshore gambling market amountsto 145 billion US dollars. That’s twice the amount of the income received from the two online state lotteries legally backed by the government.

In order to avoid a ban on the direct marketing of online games of chance in printed and social media, many websites aimed at attracting more Chinese players, started sponsoring football teams of the UK leagues. Successful campaigns of Dafabet Fulham FC and Wolverhampton Wanderers are just two examples of such practices.

But China is losing not only in terms of money.

Ever since the Philippines introduced a piece of legislation, under which offshore gambling operators were allowed to register and work legally, over 100,000 Chinese citizens have moved to Manila to work in the gambling industry as marketing agents, technical support staff, and whatnot.

While most forms of betting are under restrictions, the government does allow people to place bets on two-state lotteries. How so? The state does not consider this gambling. The Welfare Lottery was introduced in 1987. The Sports Lottery was established in 1994.

Also, the people of China can participate in betting in certain administrative regions:

In 1997, China gained back control over Hong Kong. The area managed to keep horse racing and sports betting legal, as well as preserved certain control over its other betting activities.

This area was historically prepped for being the perfect gambling escape. In the 16th century, the Portuguese, which colonized Macau in those days, introduced legislation that turned the trading post of Macau into a gambling haven. Sic Bo and Pai Gow were particularly popular.

Today, Macau is one of the few territories where all forms of betting are allowed. This turns the land into a gambling Mecca and a place for players from China, as well as tourists, to come and play. In 2012, MGM Grand held a poker event that was the first of its kind held on Chinese soil. In 2013, Macau casinos submitted a report that showed a record revenue of more than 43 billion US dollars.

In 2014, however, the financial prosperity went a bit south with the introduction of the anti-corruption drive. It was supported by President Xi Jinping. The drive led to the betting venues in Macao to register the worst revenues ever. By 2018, however, there was an upturn in fortunes.

In Taiwan, the first traces of gambling date back to the 17th-19th centuries. Fairly recently, in 1951, Taiwan accepted the Uniform Invoice Lottery. This allows for some forms of betting activities, while most gambling is still prohibited.

Hainan’s been struggling with receiving the proper status for gambling for years now. Its first attempts to liberalize the legislature and to attract tourists were held in 2009. In 2012, a first small land-based venue with baccarat and punto banco was opened in Sanya, but it was quickly closed by the authorities. In 2018, the state finally looked at the territory closely. There were talks of issuing a proper gambling status to Hainan and of relaxing visa rules.

While most of China’s online casinos are blocked, VPNs channel thousands of daily visits from the mainland to online gambling lobbies. Our database alone displays over 400 websites that can accept players from this country, with more than twenty being particularly friendly, and supporting the local currency, languages, and dialects. Among such, there are platforms like Kassu, Jetbull, and Intertops.

While CNY is a relatively unpopular currency available only in 4% of all online lobbies across international markets, many brands will offer wagering in some other convenient substitutes to crypto or CNY, namely in Euros and US dollars. Using this is possible via many popular e-wallets and electronic payment systems, including Skrill, Neteller, and PayPal.

Tip: Based on the stats from our database, out of all China-friendly online lobbies, 157 offer PayPal. 392 work with Neteller, and 367 – with Skrill. In up to 125 websites, players can use Bitcoin wallets.

Alternatively, many websites will offer the option to place wagers in digital cash, such as Bitcoins, Litecoins, ZCash, and more. Web wallets and crypto wallets come in particularly handy since cashing out wins from online gaming platforms to bank accounts will in most cases be problematic for the Chinese players.

All these payment methods work both ways – for deposits and withdrawals. Payouts are usually fast and are processed within a day.

Websites targeted at Chinese players, usually come with a diverse selection of content from both major, as well as niche content creators. The flagman list includes Playtech, Microgaming, and Net Entertainment.

In terms of games, the list of China’s favorites is very standard. Pai Gow and Sic Bo are among the ultimate hits. They’ve been played in the country for centuries and are broadly available not only in online lobbies but in Macau land-based venues. Another two games in this top list are baccarat and Punto Banco.

The list would not be complete without Mahjong. A tile-based game dates to the 17th century. In 1998, its centuries-old rules were updated by the China State Sports Commission to make the game less favored by the players.

In addition to table games, slot machines are wildly popular, too. Chinese folklore prevails the games as the most favored topic. This big section unites slots inspired by history, religion, culture, superstitions, and animals. There is also a huge demand for Chinese holidays, martial arts, and traditional reels.

China Shores by Konami is one of such examples of successful content. Moon Festival Party by BBIN, Samurai Warrior by August Gaming, Dreams of Gold Delight by Japan Technicals Games are also among many slots included in online collections of some of the best online casinos tailored for China, including Blackjack Ballroom, Luxury, and Lucky Emperor.

China’s online sports betting is as popular as games and can be found in lobbies of such virtual venues as ComeOn, 18Bet, and Bodog.

Never becoming old classic is always in trend! Cherries, plums, oranges and lemons, and sure bells are ready to reward players with a return up to 96.05% money spent!

We recommend taking a look at the selection of promotions over at Cherry. This is a Microgaming-powered and award-winning gambling destination with games from more than fifteen other content creators. Its welcome bonus is a cash match topped with bonus rotations, and it is cashable if the wagering requirements are completed on time.

For the best mobile bonuses, Dafabet is one of the most recommended locations. This is a Philippines-licensed place to bet and win with multi-betting content of games, poker, and Sportsbook, and each of these services is compatible with a certain welcome or ongoing offer.