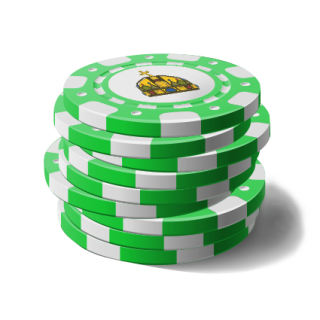 Unlike many of its neighbors, the situation with online gambling’s been gradually improving for Hungary. The country passed major milestones at a fast pace, from a complete ban on gambling till 1991 to a significant thaw for most of the games of chance, including those in online lobbies, after 2013. While quite a few restrictions remain intact, Hungarian players are free to choose from an assortment of in-country-bred brands, as well as to gamble in lobbies friendly to the international traffic. The key questions then remain:

We will take a closer look at all of these questions, providing detailed answers. Be sure to continue reading for explanations on the Hungary online gaming omission requirements, as well as for the recommended online casino list.

Hacksaw Gaming, a popular Maltese software developer that boasts a solid portfolio with many popular scratch cards and unique slot machines, continues its expansion to different markets. It has impressive plans for 2023, and one of them has already been brought to life. Which one? The company has gone live in Italy!

KA Gaming, a popular software developer with a focus on Asian markets, has recently launched two exciting new releases that takes a step aside from the usual oriental-themed content and offer players something completely different for a change. Thus, one of them depicts Marilyn Monroe, while the other one transfers users into a fantasy land of dwarfs and fairies. Each game offers a memorable quest with generous rewards, but let’s look at them in more detail!

More and more players are not interested in classic fruit machines, animals, and sweets-themed games, as they seek something spooky and thrilling, a game that can make their blood run cold and their level of adrenaline high, as they can get terrified by mythical creatures, ghosts, or the devil itself on any rotation. Such mystic-themed slots with elements of horror were extremely popular at the end of 2022, and there are several such games that players continue to enjoy in 2023.

Energy Casino
Players residing in your country are accepted. Hungarian version is available. Click the icon to play.

Cadoola Casino
Players residing in your country are accepted. Hungarian version is available. Click the icon to play.

Rocket Play Casino
Players residing in your country are accepted. Hungarian version is available. Click the icon to play.

Gunsbet Casino
Players residing in your country are accepted. Hungarian version is available. Click the icon to play.

1xBet Casino
Players residing in your country are accepted. Hungarian version is available. Click the icon to play.

Alf Casino
Players residing in your country are accepted. Hungarian version is available. Click the icon to play.

Limitless Casino
Players residing in your country are accepted. Hungarian version is available. Click the icon to play.

Spin Dimension Casino
Players residing in your country are accepted. Hungarian version is available. Click the icon to play.

Tsars Casino
Players residing in your country are accepted. Hungarian version is available. Click the icon to play.

Casumo
Players residing in your country are accepted. Hungarian version is available. Click the icon to play.

Until 1991, there was barely talk about any gambling in Hungary. All games of chance were banned. However, in 1991, local authorities passed the gambling act as the initiative from the National Tax and Customs Administration of Hungary. It allowed for the land-based venues to provide the services. To do so, they had to apply for licenses, pay a one-time fee, as well as the regular taxes. The control is exercised through the state operated and owned Szerencsejáték Zrt.

As the industry evolved and more and more countries switched to online gambling, it was time for Hungary to revise the Act. Especially because the European Union, of which the country is part of, insisted on clear rules and on mapping out the future for virtual wagering.

The initial update to the Gambling Act allowed only for the local businesses to apply. To be able to function online, they’d first have to establish their reliability by operating offline, brick-and-mortar style, for at least ten years. Later, this term was cut to three years.

The concessions for those local businesses that received them, must be renewed every five years. The initial registration fee can reach up to 450,000 USD (many factors are considered), and the tax on the gross gaming revenue is established at 20%.

Till 2013, only card games and horse racing were among the allowed online betting activities. After 2013, sports betting and casino games joined the white list. By 2016, the state also admitted poker into the pool of online services.

Those are Hungary-based brands. But what about the international lobbies?

By 2014, the EU advised the Hungarian government to think about attracting international businesses, too. Considering the amount of money that players from every country with a similar ban usually take to offshore lobbies, it was only in the state’s interest to engage established online casinos from other countries to participate in the local market, and to also create a proper environment for them.

So, the amendments of 2014 allowed international online lobbies to not have a physical presence in Hungary, and to also pay a 15% tax on the gross gaming revenue, while they still had to apply for the Hungarian license.

At the same time, the government does not prosecute its players who wager online in international lobbies. There are also no blacklists as active as they are in Poland. The list of brands especially popular with the local community includes ZigZag777, Juicy Stakes, Bitstarz, and Slotland, among more than 200 others.

Out of more than 200 online operators in our database accepting Hungarian traffic, around 20 are friendly in terms of banking. This means that the platforms either accept financial transactions in Hungarian forints or add a banking method tailored specifically for the reviewed country.

Alternatively, most of the operators will accept deposits and withdrawals in Euros or USD. Visa and MasterCard remain the most popular card payment methods included in around 250 brands. Search for them, among other cashiers, in the lobbies of Win a Day and Casino Club. Keep in mind that its only in a few cases, but that is still a possibility, Visa may not work for cashouts.

Alternatively, you may opt-in for PayPal of Skrill, two of the most popular Europe-friendly e-wallets. the first one is available in about 20 brands. The second one is embedded in more than 200 cashiers, including Casino Extreme and EnergyCasino.

With these banking methods, withdrawals usually take around 24 hours to 3 workdays for the verified accounts. In case of a card, you might also want to have an additional consultation with your bank about whether there may be additional delays or issues.

For Hungary-friendly lobbies, the list of available content is the same as for other regulated lobbies, with all of the major names included – Microgaming, Net Entertainment, Novomatic, Playtech, Yggdrasil Gaming, Real Time Gaming, IGT, ELK, and Play’n Go. Speaking of the latter, it has one of its divisions in Hungary.

Statistically, Sportsbook dominates among the preferred betting activities for the reviewed country. Following it in terms of popularity are table games, particularly roulette and blackjack.

There are no specific preferences regarding slot machines. The new titles with a classic or a themed twist are always among the top preferences, and these go toe to toe with older and established slot hits.

A 40-pay-line slot with a bonus rewarding up to 7 free spins could gift the player up to x1000 win per stake. The Beautiful Goddess and the Hero, the Horse, and White Dove are high-pay symbols. It is worth to deep into the ancient Greece myth atmosphere!

For the best bonus offer for Hungary, head to LVBet. This is an internationally targeted online lobby that accepts Hungarian players. Not only that, but they can also claim promotions. The welcome deal here is a solid sign-up package of cash and spins. It covers four initial deposits with a cash range between 200 to 100 credits, and with hundreds of LV spins. The wagering requirements are 30xBD. If the rollover terms are completed on time and without violations, not only the wins but also the promotional cash can be withdrawn.

Check out the proposition at Magic Red. The cash match here reaches 100% on the initial deposit, and slot machines will contribute 100% to the play-through terms. These are 35xBD and wins and promotional money are both cashable if you manage to fulfill the requirements. Furthermore, the platform then offers a range of ongoing propositions.

While it may take a while for land-based Hungarian casinos to finally pass their test of time, permit, and taxes, and to go live online, international noteworthy lobbies are being opened frequently. Just adjust our search filters to the years you prefer. We always make sure to add only licensed online operators to our database.