Marcus Cordes of Hacksaw Gaming – on the company’s approach to creating innovative slots, competition in the industry, and upcoming releases.

It is hard to find a recently launched content developing company as successful as Hacksaw Gaming. Its first slot, Stick’ems, was out in September of 2019, following a series of successful scratchcards releases. By November the studio had already been nominated for its first award in a highly competitive category “Instant Win of the Year”. By 2020, Hacksaw Gaming accumulated licensing from UKGC, and ISO certification, as well as partnered with some of the biggest online operators in the industry.

We are very excited to welcome Marcus Cordes, the COO of Hacksaw Gaming, as our guest today, and to talk about the company’s success, take on the current situation in the gaming industry, and upcoming releases. 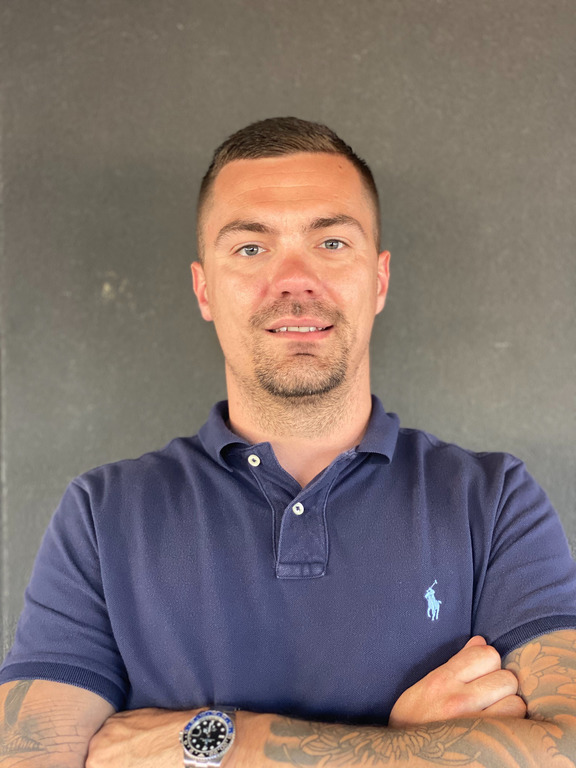 When reviewing how the company debuted in the industry, it was a great success from the very start and looked so effortless. We do understand, though, that a lot of work was put into it. What was the idea behind Hacksaw Gaming from the very start, and did you realize then, that this idea would resonate so much with the clients and players?

When we started Hacksaw Gaming, our main aim was to reinvent classic products on the market and turn them into something fresh and exciting while still keeping that retro feel and end-user in mind through our mobile-first approach.

Since our initial portfolio launch of 28 scratchcards we have grown to include a number of slots as well as a new concept of high fixed prize jackpot games that have really taken the market by storm. We always strive to look at verticals that no one else is focusing on and create something innovative with our Hacksaw aesthetic.

I think the fact that our games are so mobile friendly and easy to understand makes them appealing to a variety of players. We also offer our clients different RTP values which they can use according to what works to their demographics so that flexibility helps as well.

...we have grown to include a number of slots as well as a new concept of high fixed prize jackpot games that have really taken the market by storm.

You started by releasing scratch cards first and then added slots to your portfolio. What was the response of the audience to your first reeled title, Stick’em?

When we released Stick ‘em in September 2019 it was an instant hit. I think it was a result of a number of aesthetic things including its retro design that was inspired partially from old games but mostly from 1930s cartoons. We even gave the game a color offset and a lower frame rate to mimic the animation style of vintage cartoons. The thought process behind Stick ‘em was to create something that was visually different from other slots that were out on the market so the retro factor was pretty unique when compared to others. Players also really love the sticky wilds feature and the fact that the gameplay is so easy to understand.

The studio’s games look fresh and innovative, but also very intuitive, not overcomplicated. How does the creative team come up with the ideas, and what are you looking for and/or are trying to avoid in a concept of a slot before sending it into production?

Our creative team usually starts with a strong main game feature and a suitable theme and takes it from there. With all our games, our aim is to avoid the usual slot themes but if we do take a more traditional route we ensure that we put our own Hacksaw spin on it to makes sure it stands out from the rest.

For example, with Cubes, we took a different approach. We came up with the idea of a digital Advent Calendar and wanted to do something with animated boxes. Once we figured out gameplay that worked with six sides of a cube we had the main concept ready. We also ensured that the game was satisfying and fun to play through a slower gameplay pace and interesting animations.

How would you describe today’s players? Do you feel like it’s a tough crowd to impress?

The market is becoming quite saturated with a lot of healthy competition around, so it’s in our interest to create games that will stand out. So far, we feel that we’re on the right track with regards to delivering high quality and entertaining products that players enjoy. We are also very aware that the majority of gameplay stems from mobile so we always design each game for the smallest screen and then adapt for larger screens/devices making it easier for players to access and engage with our games. In addition to this we ensure that our games are very light to give the players the shortest load time possible so they can start playing as soon as possible.

Tell us more about your mobile-first approach as compared to other providers in the market.

As mentioned, data shows that the majority of players are playing online casino games on mobile devices and that a high percentage of revenue is generated from mobile devices. Hacksaw Gaming’s ‘Pocketz’ slots have made it easier for players to enjoy their favorite games on the go with friendly and familiar themes to interest a wide variety of customers. We have utilized the space available on mobile screens by focusing on the size of reels and symbols, and included the game logo on all games as part of the game feature, as well as minimized all assets to ensure a fast load to ensure quick and easy gameplay, for example, Cubes has a load of only 3.1MB. Besides this, all our games are fully mobile compatible across all platforms due to being developed using HTML5 technology and can be played directly from web browsers so that players can access everything with a simple internet connection.

We have utilized the space available on mobile screens by focusing on the size of reels and symbols, and included the game logo on all games as part of the game feature, as well as minimized all assets to ensure a fast load to ensure quick and easy gameplay.

What is your favorite release by Hacksaw Gaming so far, and why?

I think Cubes is still my favorite so far. Besides being an overall success and well received by players and operators alike, it has an interesting gameplay that is unlike many slots out there. The expanding grid and rotating cubes are quite unique and the game has held its own since its release earlier this year.

With the production of scratch cards and slots up and running, do you feel like the company might also venture into releasing table games in the future?

Right now we are quite focused on enhancing our high fixed prize jackpot games and slots however we are not opposed to the idea of releasing table games in the future. Best to never say never haha!

Would you mind letting us behind the curtain of production and provide details on some of the upcoming releases? What should the players look forward to?

We have some interesting releases planned for the rest of the year. Cash Compass will be our latest Pocketz release coming out by the end of June and we think this will be very popular. It’s set in the Caribbean and is a desert island themed game with a spreading compass symbol, free spins feature, as well as a bonus wheel. Aesthetically, this game is very recognizable as a Hacksaw Gaming product with its quirky design and animations.

We also just released our second premium high fixed prize jackpot game called Haunted Circus and our third premium game, The Bomb, will be out in Q3 and will feature a fixed jackpot prize of €1,000,000. We’ve had quite a positive response towards our premium games so far so we’re very excited about this release.

What do you see for Hacksaw Gaming in the nearest future?

Ideally, we would like to expand the team and portfolio and hopefully delve into more markets to deliver the biggest fixed prize jackpot games and mobile-first scratchcards and slots. When I look back at how far we’ve come in the last two years I really do believe that we are still here because we offer something different to other providers. We may be a young team but we are passionate and driven and thanks to our skilled team and partners’ support we are able to grow and get stronger every day.