With a variety of online operators being available for players, it is not easy sometimes to choose, which brands to rely on. Before experience comes, many advise newbies to pay attention to licensing. But since this advice first appeared, it was destabilised by lots of myths and misguiding tips.

3DICE
Players residing in your country are accepted. Click the icon to play.

Free Spin Casino
Players residing in your country are accepted. Click the icon to play.

Cherry Gold Casino
Players residing in your country are accepted. Click the icon to play.

SlotsRoom Casino
Players residing in your country are accepted. Click the icon to play.

Lotus Asia Casino
Players residing in your country are accepted. Click the icon to play.

Las Atlantis Casino
Your country is a targeted country. Click the icon to play.

Spinfinity Casino
Your country is a targeted country. Click the icon to play.

Vegas2Web Casino
Your country is a targeted country. Click the icon to play.

TripleSeven Casino
Your country is a targeted country. Click the icon to play.

Slots Capital Casino
Your country is a targeted country. Click the icon to play.

A casino license issued in Curacao is probably one of the most controversial examples of how a fact can be replaced with a myth. Many would now argue that online operators licensed and regulated by this jurisdiction are not worthy of trust, and the only brands to visit are those licensed and regulated by the Malta Gaming Authority and the United Kingdom Gambling Commission.

All this considered, on a yearly basis, many new platforms are being launched under the reviewed permit. What is more, praised MGA and UKGC licensing, though mostly beneficial, leaves many countries outside its jurisdiction, while Curacao usually stands for diversity.

Without defending rogue Curacao-licensed places to bet and win, we invite you to take a closer look at the segment of the industry regulated by this license, and to find out how to play at them safely, with bonuses, and with good, quality software.

Hundreds of online operators were licensed by the reviewed jurisdiction since it was decentralized from the Curacao Gaming Control Board in 2002, but global recognition came to the licensor even earlier, in 1996. This makes it one of the oldest and most experienced regulators in the industry. 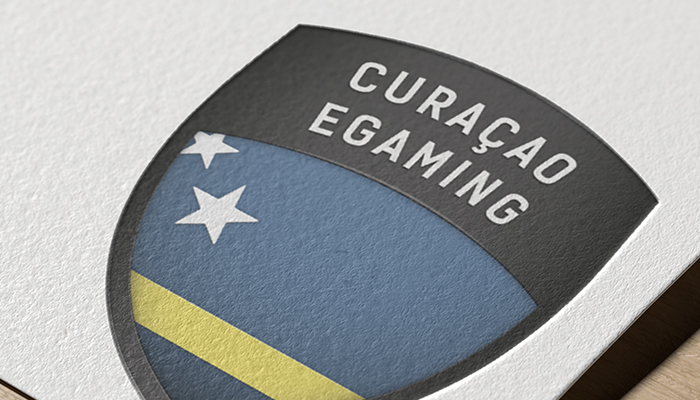 Many lobbies turn to the Curacao gaming and gambling license for its lower cost and fees. Curacao charges a tax of 2% on net profits, and there is a fixed price for the license itself. In addition to a more flexible price policy, Curacao also has less requirements for online operators to be certified. This might be regarded as both an advantage and a disadvantage. While the disadvantage one is obvious, and it leaves room for potentially rogue operators to become easily licensed and checked, an advantage is that Curacao allows for diversity.

Websites licensed here can accept players from those countries that were rejected by UKGC and MGA, and this is the United States, Australia, Canada, South Africa, and many others, including the United Kingdom itself, if its players try to log in to MGA-regulated brands, and vice versa.

Easier regulations does not mean that brands that apply for a Curacao license won’t be put under the microscope. Primary audits are being held constantly, and there are ongoing checks every year.

Those who received licenses, can then offer sub-licenses, which sometimes makes it hard to trace a casino to its owners. Many portals regard it as a disadvantage and a red flag, and we should say that this fact should not be disregarded. On the other hand, there is always the possibility to also check a brand’s experience, reputation and feedback from the real players.

Another myth popular about sites with the Curacao license is that they are not compatible with white-label software, and reputable content creators will not sign distribution deals with such libraries.

Well then, we must mention Omni Slots - a Curacao-licensed gambling destination that is powered by Playtech, one of the oldest and most respectable British content manufacturers. We also should leave a link to ComeOn - one of many multi-studio lobbies on this page compatible with some of the biggest names in the industry, including, but not limited to Microgaming, Net Entertainment, Play’n GO, Yggdrasil Gaming, Quickspin and Evolution Gaming.

This allows one to draw a conclusion that the selection of both live and non-live content for Curacao brands is quite big, and it will include all of the latest industry trends and even more. For instance, many of the new and ambitious studios that can not currently afford UKGC licensing, will be found in the websites regulated by Curacao. Among such are labels like Fuga Gaming, iSoftbet, Booongo, Nolimit City, and many others.

Also, many software developers specifically targeted at offshore gaming, benefit from the simplicity of the Curacao licensing process. RealTime Gaming, Rival, Saucify, NuWorks, and WGS Technology are among studios most frequently seen in lobbies friendly to the USA. There is also Makitone Gaming, Booming Games, Octopus Gaming, and more.

As for the live lobby suppliers, in addition to already mentioned Evolution Gaming, there is also Vivo Gaming, and we offer our readers to take a closer look at this software via our exclusive interview. According to it, quite soon the studio will soon be getting more licensing, too: “You got to see our new studios, immersive roulettes, HTML5 Blackjack, our upgraded Baccarat and the recently released roulettes. We have now a Portomaso Roulette and this is just what we are releasing now. We are getting licenses, more studios, more games. This is the year for Vivo Gaming and we are excited about it,” said its marketing project manager Faruq Salomon.

A Curacao gaming license welcomes many countries. Once you start discovering our list of online operators, you will see that they mostly welcome international traffic, with just a few specific targetings applied.

For instance, if you are from the United States, you might want to explore RTG-powered Desert Nights, or Saucify-powered RoadHouse Reels. Among other alternatives is Miami Club with its WGS Technology Software. If you are from any other territory usually restricted by MGA and UKGC, let’s say from Australia, you will be warmly welcomed at Emu - one of many websites regulated by Curacao and friendly to this country.

If you are looking for platforms where cash can be wagered in Bitcoins or other type of crypto-currency, take a look at BitcoinCasino.io, or pay a visit to Pixel.bet, which is a multi-software lobby.

More targeted gaming is possible at Stugan - a website friendly to Scandinavian customers, with all the payment methods and currencies matching their needs. Not only games, but also additional betting options, such as Sportsbook, can be explored at PariMatch.

Curacao gaming license holders offer bonuses to their clientele at the same level and in the same quantity that other jurisdictions do. The only difference is that most frequently, not only regular, but also digital currencies and e-wallets will qualify for completing the rollover requirements.

Okay, there are probably two exceptions. While both the Malta Gaming Authority and the United Kingdom Gambling Commission will impose strict regulations on compliant platforms and their promotions. Control will not be as meticulous with Curacao platforms. This means that you will need to choose wisely, and to take into consideration reputation of brands, and feedback from the real players.

That being said, a variety of bonuses are available in the reviewed lobbies. Welcome deals are among the most popular, and these can cover from one to seven initial deposits with cash match starting from 200% and going down to 25%. These packages can also be complemented with bonus spins.

For example, over at 3Dice, there are two separate sign-up promotions. One is the regular cash match on the initial deposit for regular wagerers, and there is also a High Roller proposition. The wagering requirements for both deals are 30xBD.

Over at Intertops Online, newbies will be able to claim a 100% cash match, and if its playthrough requirements are completed on time, not only wins from the bonus, but the bonus cash itself can be withdrawn. Newly registered accounts at Adrenaline can count on three of their initial deposits being covered.

Speaking of Adrenaline, just as many other platforms, it also keeps in mind the interests of registered regulars. Here, a monthly deal can be claimed for those, who used (or skipped) their welcome offer. This is a 50% cash match that needs to be rolled over 45xB. Clientele of Parasino, a Microgaming-powered platform, will be able to claim a weekly proposition that will have to be rolled over 25xB.

Cashback, bonus spins, loyalty points, daily and weekend propositions, as well as weekend promotions are among other possible bonus offers.